‘Trump’ revealed as Children’s Word of the Year 2017

Trump has been revealed as Children’s Word of the Year by Oxford University Press for BBC Radio 2’s 500 Words.

This year, more than 130,000 children entered the BBC 500 Words competition and the team at Oxford Children’s Dictionaries have been poring through all 131,798 entries to identify the Children’s Word of the Year 2017 as trump.

As with previous years, the stories written as part of BBC 500 Words demonstrate children’s keen interest in contemporary affairs. This year, Donald Trump took office as President of the United States in the same week that the 500 Words competition launched and, as a result, the word ‘trump’ showed a massive 839% increase on last year, as a noun (a trump), a proper noun (Trump the name) and as a verb (trumped, trumping).

Political vocabulary in general has also grown in usage in 2017’s stories, showing children’s engagement with the news and media. The words politics and political show an increase of 115% and 78% respectively since last year, and an analysis of a cluster of around 30 words relating to contemporary politics (e.g. president, vote, election, campaign) shows a 58% increase in frequency since 2016.

Quotes from the stories

“Personal interactions were banned along with newspapers and books. Nowadays you were only allowed to communicate through tweeting alternative facts.”

Trump is mentioned in a wide variety of contexts, from the US elections and politics, to tales of space, aliens, and superheroes, giving expression to children’s creativity, playfulness, and humour. Children also use the noun to invent new character names including ‘Boggle Trump’ and ‘Snozzle Trump’.

Children have been playing with blends, suffixes and prefixes to create new words improvised around Trump. In fact there are more than 100 instances of words such as ‘Trumplestilskin’, ‘Trumpyness’, ‘Trumpido’, ‘Trumpeon’ and ‘Trumpwinningtastic’.

“OH NO! I have spoken too soon… the train’s track has broken because a mean Trumpdiddlydumper blew a bit out of the track… Our Marshmallow Goblin-Trolls get to work immediately.”

Children’s use of satire in this year’s 500 Words competition also stood out, showing a high level of sophistication, creativity and humour.

We even had stories featuring characters such as Donald Trout, Hillary Kitten, and Obama Llama.

“This year, the stories demonstrate creativity, style and wit, all underpinned by a sophisticated use of grammar and language. From humorous punning to creating their own words, children have played and experimented with language with impressive results.

“The stories have not only provided us with infinite entertainment, but also contributed to language research for children’s dictionaries. As well as this, 500 Words has led to academic research at Oxford University which will support teachers and schools. #StoryChampions!”

For a unique insight on children’s language in 2017, take a look at our infographics below: 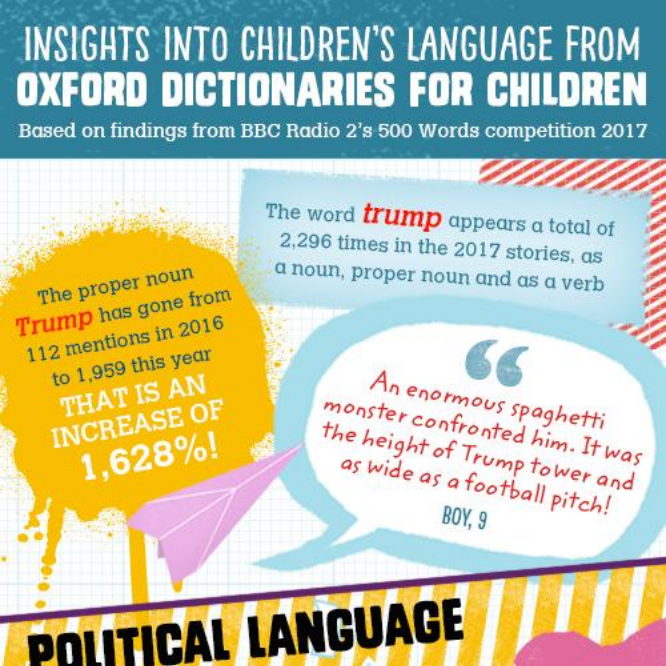 Find out how children used political language in the BBC 500 Words Competition 2017. 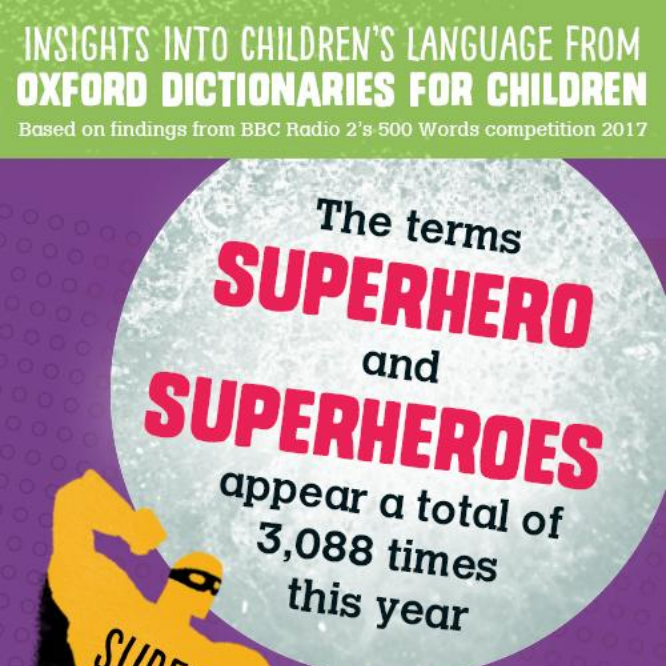 Find out how children wrote about superheroes in the BBC 500 Words Competition 2017. 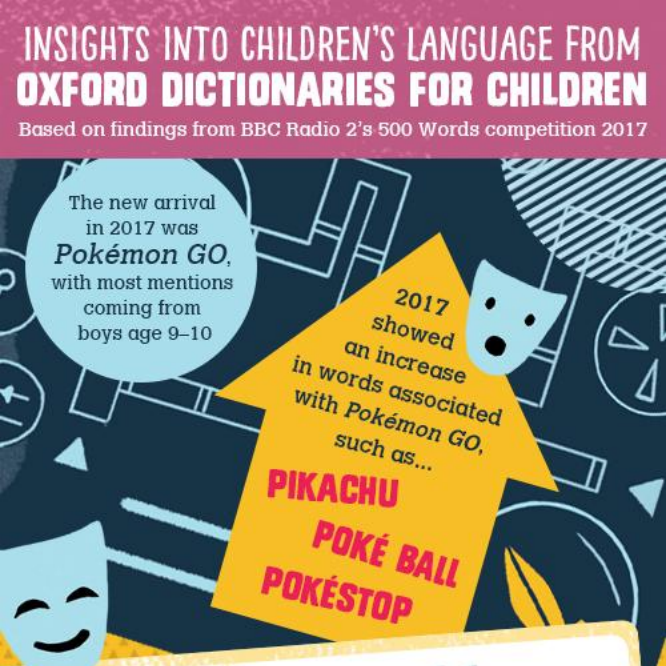 Find out how children used gaming language in the BBC 500 Words Competition 2017. 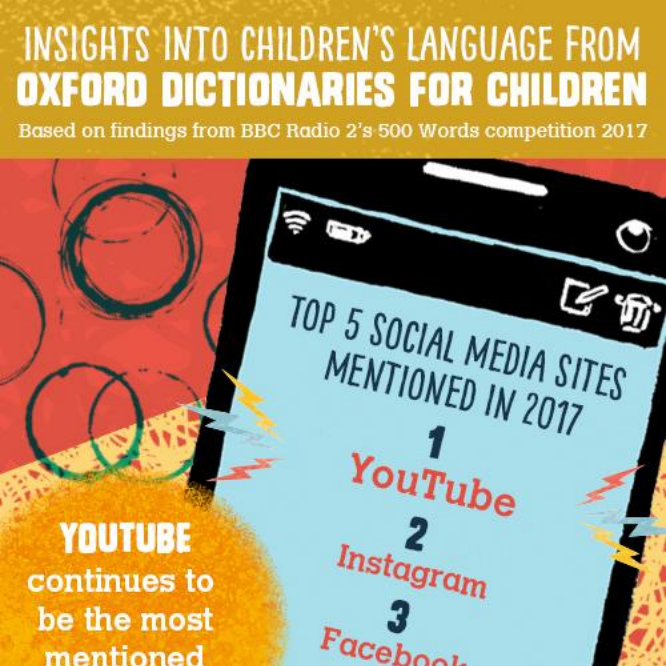 Find out how children wrote about social media in the BBC 500 Words Competition 2017.